There are various types of excavator attachments which are used for groundworks on building sites, to construct roads and to operate in the mining industry. They are also found in agricultural settings performing a wide range of tasks. Read on to find out more about the sort of excavator attachments you will typically find on a modern Australian farm.

This is the workhorse of all excavator attachments and can be found on anything from mini-diggers to the very largest excavation vehicles. A digging bucket is primarily used to dig channels and trenches, but its bucket can also be utilised to lift smaller items, such as sacks of grain and bales of hay. Digging buckets are best used for topsoil excavation work, just the sort of thing that farmers need for forming water drainage channels, for example.

A V bucket is not dissimilar from a conventional digging bucket. Rather than having a pronged edge, however, it will have an angled point so it can be used to dig out narrow channels. This is the sort of thing that might be used on building sites to form trenches for underground electrical cables. In agricultural settings, a V bucket is more likely to be used to excavate a trench that will house a buried water supply pipe.

Although most excavator attachments can break up rocks because they can apply great force from their hydraulic rams, rock buckets are specifically designed for this purpose. Farmers who work on land that is particularly prone to large rocks and boulders will often benefit from their design as it makes soil easier to till if they are broken up. Special reinforcements make them adept for the job, and they often come with longer, sharper teeth, as well.

A riddle bucket is designed for digging. but it will only grab coarser elements in the soil. They are often used by farmers to remove stones and pebbles while allowing the collected soil to fall back to the ground through their gaps. It is quite common for rock bucket attachments to be used in concert with riddle buckets for soil improvement.

Many excavators have attachments which can drill holes these days as well as digging with buckets. Augers have many applications in agricultural settings, but many farmers simply use them to form recesses for post holes when they are erecting a new fence. 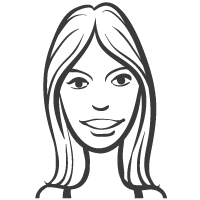 Hi, I’m Lucy and I run a small market garden with my husband. When we started our business, neither of us had really done this kind of thing before and we had to learn what we needed as we went along. As a small operation, we knew that we wouldn’t need the kind of tools and equipment that big farms use, but we kind of overlooked some stuff that would make our working lives easier. For example, we didn’t really think about what we’d wear to work, assuming that old clothes would do. A few days of getting soaked to the skin in heavy rain convinced us that we needed to look at clothing that was designed for outdoor work like farming. I started this blog to pass on some tips on what to wear and where to buy it for other new farmers.